The much-awaited inflation-indexed bonds for retail investors will be out this month. Christened, Inflation Indexed National Savings Securities, these bonds, though, take a slightly different avatar from what was initially discussed by the RBI (IIB) in May 2013.

Our first take on these bonds is that they will offer good returns in an inflationary scenario but suffer from few drawbacks. Read on to know the features of these bonds and the limitations you must be aware of. 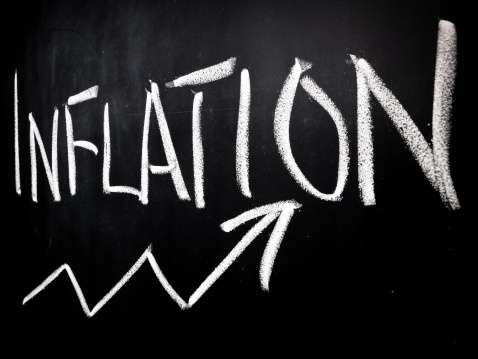 The bonds will have 2 components of interest. One, linked to the movement of the consumer price inflation (with a 3 month lag) and the other a real rate of 1.5%. The interest will be compounded on a half-yearly basis. Simply put, one part of your interest will be variable, based on the inflation rates and the other fixed at 1.5% annually. Be that as it may, the returns are sovereign guaranteed, so there is no credit risk.

The press release by RBI appears to suggest that the entire amount accrued is ‘interest income’. That means it will be taxed at your tax slab – 10%, 20% or 30% as the case may be. This is in divergence with the calculation that RBI had mentioned in May 2013 for IIBs, where the inflation would be adjusted to the principal and the interest component will just be the real interest rate.

As a result, assuming that your annual inflation works to 8% and the fixed component is 1.5% as stated, then the pre-tax return of 9.7% (considering half yearly compounding) would dwindle to 6.8% post tax. Hence, it becomes more attractive only for those in the lower tax bracket, if this is the taxation treatment.

The interest on these bonds, unlike the ones announced in May, is cumulative. That means there will be no interest payout. Interest will accrue and be payable on maturity. But you may have to disclose the interest income on accrual basis for tax purposes, like you do with most bonds.

Not having a payout option defeats the purpose of inflation indexed bonds helping people keep up with the rising cost of living.

The RBI has, however, stated that it is examining the possibility of an interest payout option.

These bonds come with a tenure of 10 years and can be redeemed by senior citizens (65 years and over) after the first year and by others after 3 years. But there is a stiff penalty (50% of the last interest accrued at the time of withdrawal) for such redemption. Such redemptions are allowed only on the coupon dates. That means you are effectively locked in to the bond.

While the RBI release does not explicitly state that these bonds will not be traded, it states that the bonds are transferable to the nominee only on death of individual. This appears to suggest that they are not likely to be traded. That means you will have to either hold them till maturity or pay a stiff penalty for early exit.

However, the bonds are eligible as collateral to borrow from banks and financial institutions.

If these bonds are not traded, then the possibility of your taking exposure to these bonds through the mutual fund route remains bleak at present.

In all, these bonds are an improvisation from the earlier version as they consider consumer inflation (CPI) instead of wholesale price inflation (WPI). CPI has remained in the 8-9% mark for quite a few years now and even touched double digits.

The bonds remain good options if you are seeking to protect your money against inflation, especially if you are in the low tax bracket. For others, unless there are tax sops or unless the bonds become tax efficient (through capital gains treatment), the returns may not be superior to other fixed income products.

The maximum investment allowed under this category is Rs 5 lakh and minimum Rs 5000. The date of issue will be announced soon.